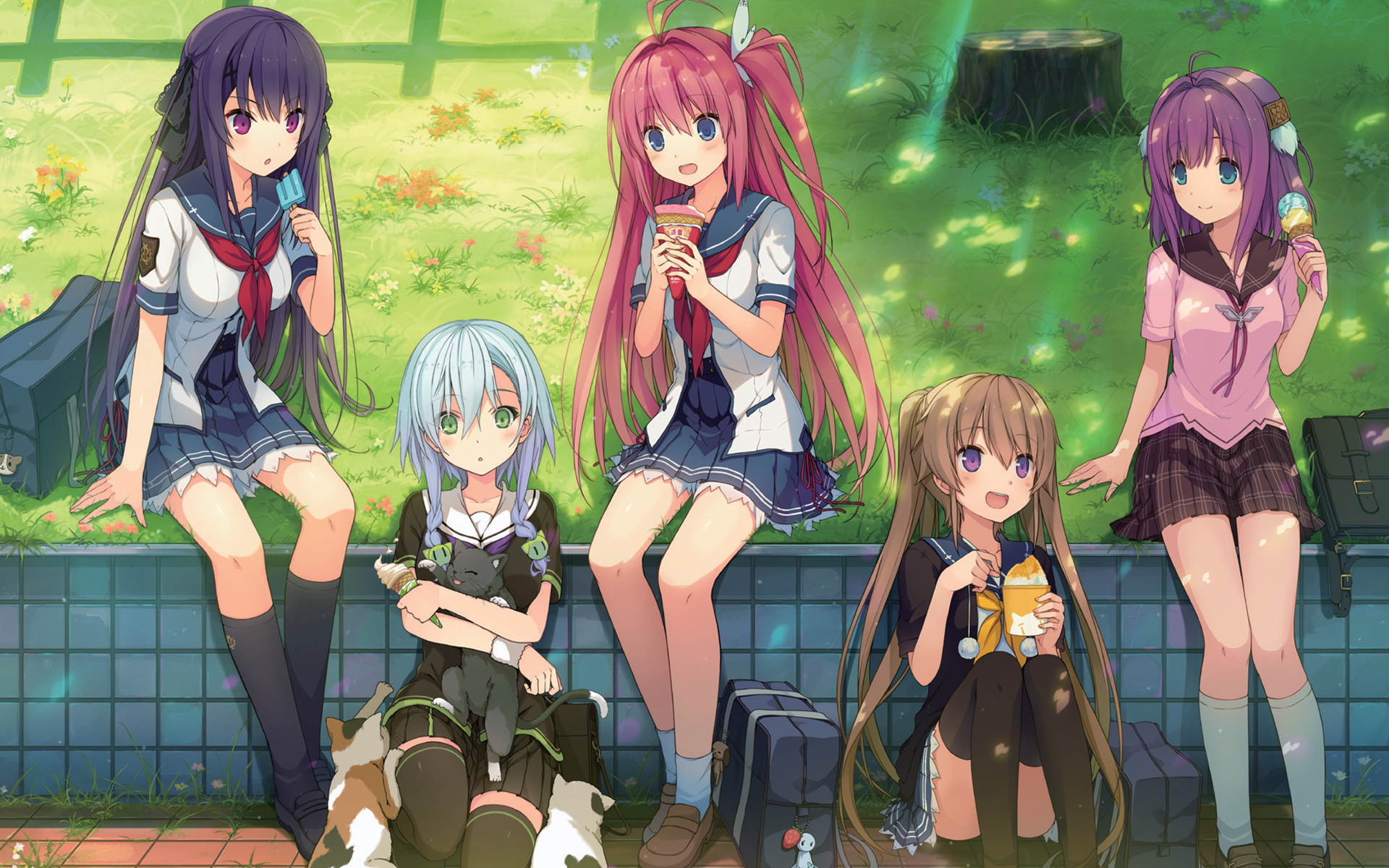 It hasn't been that long since our last blog post and here comes another one already! And it’s a long one too so grab a drink and settle in.

First of all, we would like to use this opportunity to once again thank the 1,191 backers, and also all Aokana fans in general who helped fund the physical version of Aokana with your outstanding support, which is reflected in the figure of 130,766€.
Moving on, we've got a few important announcements to make today, some of which might be a little disappointing - let's start with the bad news first.

While we originally said we were shooting for an Aokana release in August, it doesn't look like that is going to be possible since the game is still in review on Steam.
There is also that we need to close Backerkit before we can actually send out any digital keys to backers, so if we want to keep Backerkit open for at least a month, an August release wouldn't be optimal. With that said, we are optimistic that the review process won't take much longer and as such, nothing should stand in the way of a September release.
Rest assured that this extra month won't go to waste as we're going to focus our efforts on polishing the game and implementing the new extra features we have promised.

Unfortunately, the ensuing domino effect means Senren Banka and other future releases will also be pushed back by a month.
Of course, we also know that many of you have been concerned about the progress on Senren Banka - We would like to let you know that we have taken measures to ensure that the translation will be completed in time. Fortunately, we haven’t had to deal with this kind of problem until now, but the inherent risk with having only one translator on a given project happens to be that the whole project is susceptible to delays when that one translator can't put as many hours into translating as planned due to reasons outside of their control.

The next topic addresses a lot of questions we’ve received regarding customs declarations and VAT. As the physical goods are manufactured in China and shipped from there, depending on your country, you may have to pay the customs duties/VAT prior to delivery. We apologize for the late notice on this, as this is our first campaign it wasn’t something that came up until late in the Backerkit setup process. We’ve received some suggestions that we artificially lower the value on the declaration forms. We cannot do this, as it is most definitely not legal, and could put us at severe risk, especially as an EU-based company. We wanted to make sure you knew about this prior to Backerkit going live, so you can factor it into your add-on decisions.

On the more positive side of things, we are happy to announce that Backerkit is going live next week.
It has been submitted to Backerkit for initial review, and next week once the 14-day waiting period is over, we will begin sending out surveys. That means some of you will be receiving the surveys, and your responses will help determine if there are any issues that need to be addressed. Once that has been completed, we will be sending out the remaining surveys to all backers, and opening the pre-order store. The tentative plan is to close Backerkit around the 3rd week of September, so as mentioned above we have time to send out the digital keys.

We would also like to take a moment and finally address the Melty Moment situation. After getting a more comprehensive understanding of which kind of titles do well, and which do not through our first couple releases, as well as factoring in the length of Melty, we sat down with Hooksoft to discuss our future plans. We both came to the conclusion that it would be a better move to first release one of their more recent games. That, however, doesn't mean that Melty Moment is canceled - it only means that it's going to be on hold until we have released a different Hooksoft title first. Work on that other title is starting right now, so we can promise you that there won't be another Melty Moment situation where a title just sits there without any sort of progress.

Speaking of other upcoming titles, the formerly “December” announcement might be pushed back a little due to the domino effect, but you can look forward to news about that in the near future, and we think you guys are going to be VERY excited about this one, as most likely 99% of you have heard the name. We are also adding a couple new ~secret projects™~ to our progress tracker. These will be 2020 releases and we are extremely excited about both of them. We wish we could tell you the titles now but we’ll all have to be patient, unfortunately.

That about wraps up this (very long) update. There’s a lot of info here, feel free to ask us on our discord or Twitter if you have any questions, and thanks for all of your support!