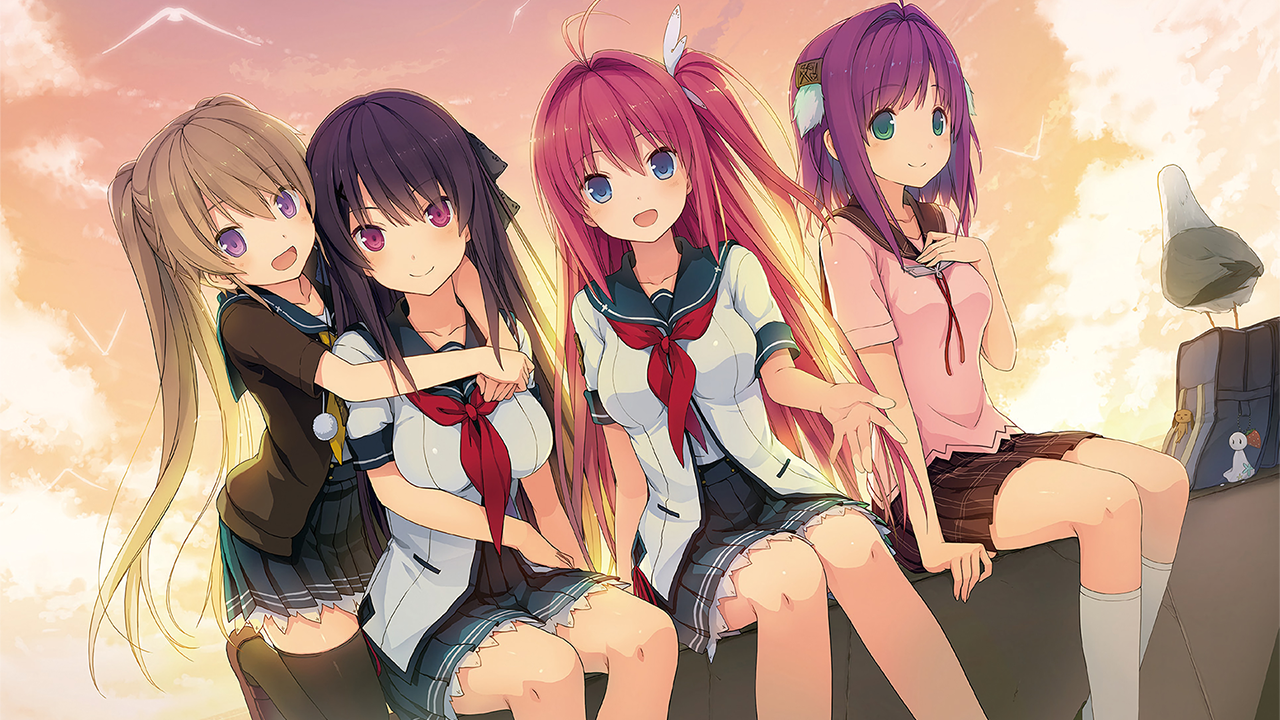 It has been a while since we last made a proper blog post, so we figured it was time to give you a thorough update on everything that is coming up in the near future.

First of all, it has been two weeks now since the release of our latest title "Sankaku Renai: Love Triangle Trouble" and thanks to all of your support, the game is doing really well. We sincerely hope you enjoyed your time with this amazing title.

Now onto the main topic of this blog post:
We are happy to announce that the Kickstarter campaign for the Aokana physical release is launching next Tuesday at 12:00 EDT.
The campaign will run for 42 days until the 07.30.2019 and the game itself is going to be digitally released one month later. Just to be clear, as explained in our previous blog post, the purpose of this campaign is to sell limited physical copies of the game alongside merch.
The release of the game itself is independent of how successful the Kickstarter campaign will be, which is also reflected in a relatively low initial goal.

Alright, with that out of the way, here are a few updates on currently ongoing announced projects:

We would also like to use this opportunity to discuss how we're planning to handle new game announcements going forward.
So far, we have been announcing games 8-12 months before the planned release since this is how everyone else is doing it as well.
The problem with that is, that lesser known IPs get easily forgotten about when the time between announcement and release is too long. In addition, we also feel like the typical "Hey look everyone, we have all these amazing titles we haven't even started working on yet" kind of approach doesn't really make any sense and happens to be a practice you generally don't see outside of VNs.

That being the case, we have decided that we won't be announcing titles that early anymore and are instead going to hold off on announcements until games are roughly 50% completed.
Sadly, that means that you will have to wait until around December for the next batch of announcements. Trust us, we can't wait to announce more of our titles and share the hype with you all as some of those are really "big", but we truly believe this is simply the better way to handle it all around.

We do, however, also have one unannounced title that is scheduled for a December 2019 release, so you can expect an announcement for this particular title within the next few months!