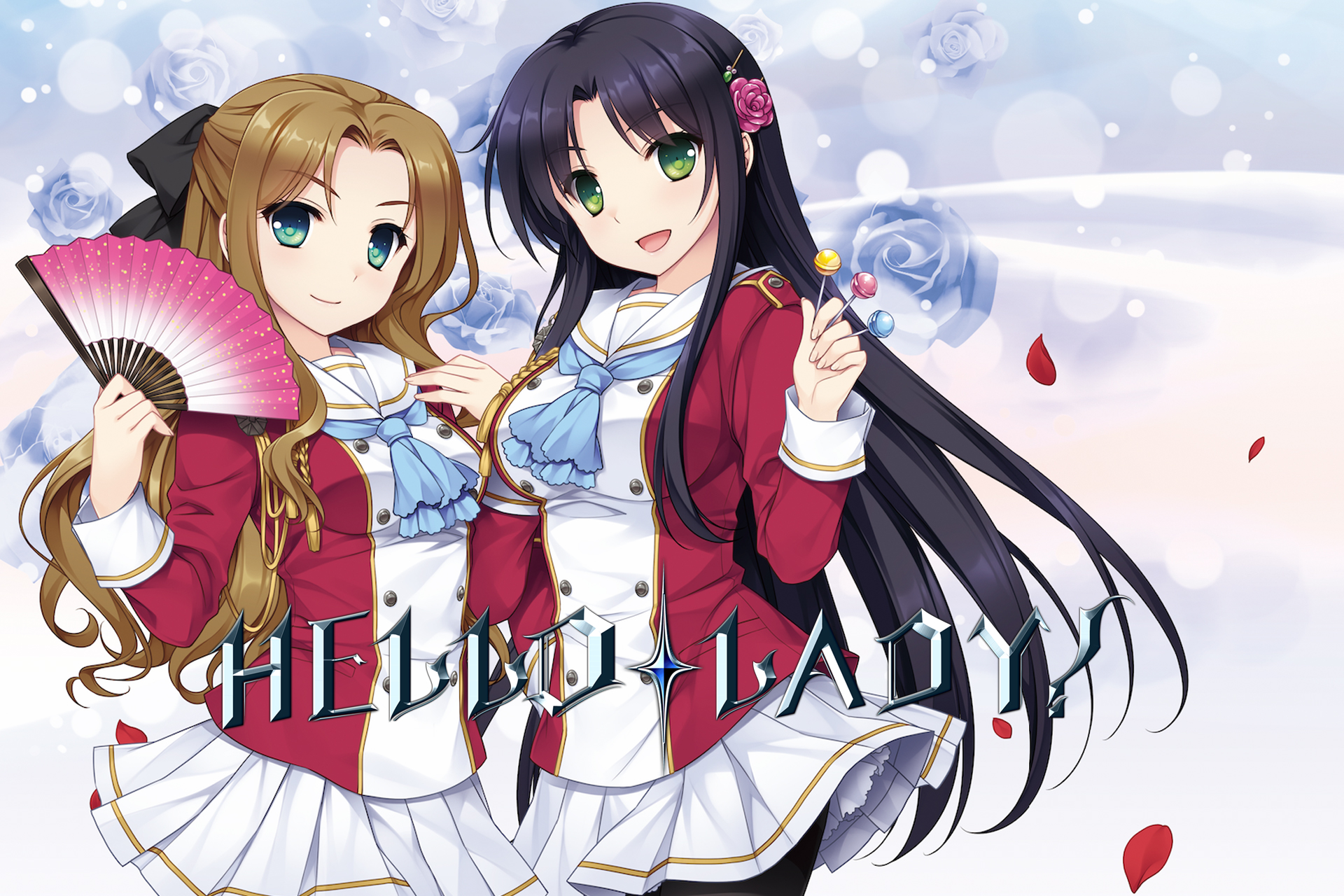 It is our pleasure to announce Akatsuki Work's Hello Lady! as one of our upcoming titles. We at NekoNyan are all big fans of Wataru Hino, the writer of Hello Lady, and it is, quite frankly, a little dream come true that we are going to be able to bring this amazing game to you in all its glory.

To get an initial feel for the title, check out the English version of the opening below, but don't let the seemingly lighthearted atmosphere fool you:

Hello Lady is, at its core, a revenge story. One that is unafraid to show dark and gritty shades when necessary.  Expect a plot-driven game that features a fully voiced protagonist who is as eccentric as he is a badass.

Due to the complexity of the writing, we were very careful in choosing who is going to work on it, so we want you to rest assured that the utmost care is going to go into achieving the highest quality possible and honoring the original work.

Now to give you some further information regarding questions that are likely the most interesting to you right now, here are some quick keynotes of what you can expect:

For all other information regarding Hello Lady, feel free to check out its project page. A lot of effort has gone into the website and everything you can find there, so we hope you're going to like it.

With that out of the way, let us get to the second important bit of today's announcement, which is very much related to the above.

As some of you might know, Hello Lady has already been released by the Chinese localization company "Hikari Field." We were fortunate enough to get to know the people from Hikari Field and actually to meet up with them.

Unlike certain other companies, to them, it's not about making a quick buck. In fact, they're coming from a very similar background as we do, having originally started out as a fan translation group, and are likewise a small team of people with a passion for visual novels. As such, it was never their intention to release subpar English translations, and they took the criticism they faced with their previous attempt of releasing one of their titles in English very seriously, reevaluating their plans of releasing titles in English.

Having found that we both have the same passion for the medium and also follow the same philosophy, we decided to engage in a partnership for mutual benefit and release visuals novels together. In other words, we're going to handle the English localization while they're going to handle the Chinese localization. Other than the obvious benefits of getting our games out in one additional major language, this partnership also makes it easier for us to get new licenses; getting both a quality English and Chinese translation is very attractive to developers.

So yeah, for all of you guys, this partnership simply means that you're going to get more titles in the future without any downsides.

All right. With that, we're done with today's announcement. Our second announcement will be coming up tomorrow around the same time, and you can take our word that it's going to be at least as big as this one was.

We hope you're looking forward to it!