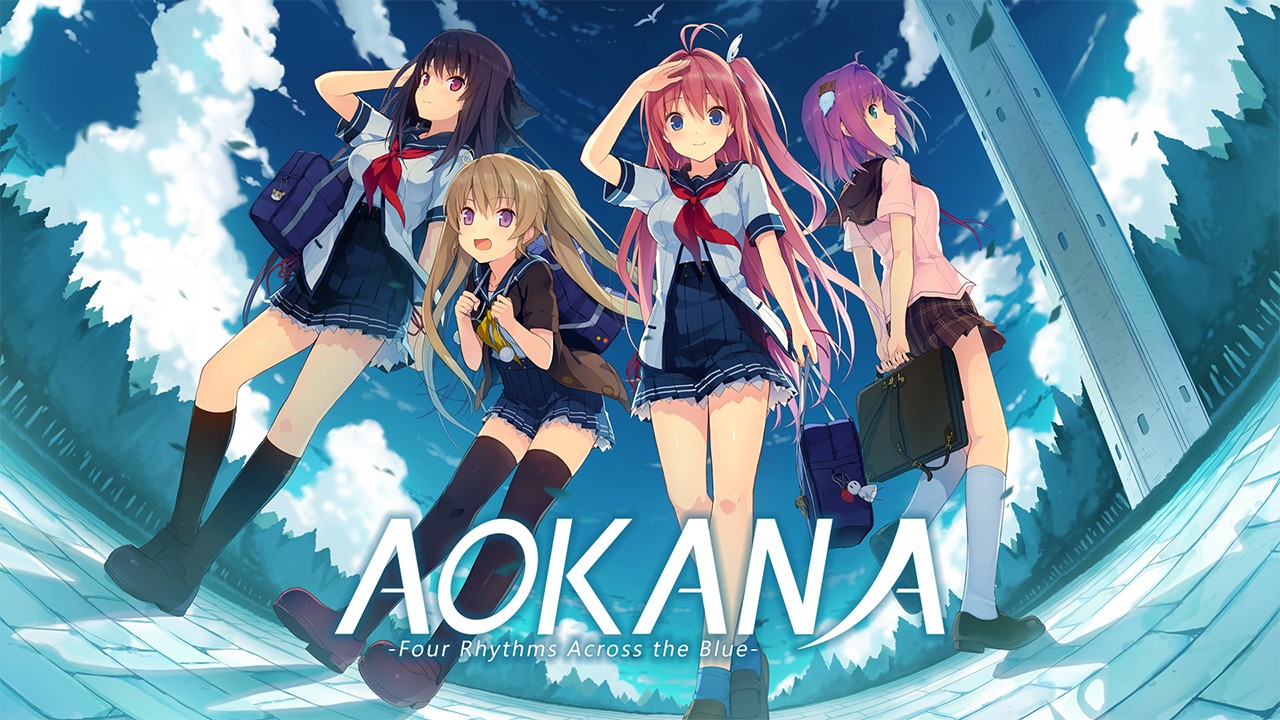 Yes, it's happening. We're both proud and excited to announce that the long-awaited Aokana is finally heading to the West, as well as China through our partner Hikari Field. It's a license we have been fighting to get our hands on ever since NekoNyan was founded, so it feels great that all the hard work that has gone into it has paid off. To not betray the trust Sprite has placed in us, and to live up to all of your expectations, we're going to work hard to achieve the highest quality possible.

Check out the amazing opening and know that this game has a total of three openings. We're going to release the other openings over the course of the following months.

In a world where flying through the sky is as simple as riding a bicycle, the sport "Flying Circus" is all the rage.

Following the discovery of anti-gravitons, special shoes that allow an individual to fly, Anti-Graviton Shoes, took the world by storm.
And with the Grav Shoes came an entire new world for people to explore. Not long after, that revolution in technology gave birth to a brand new sport, Flying Circus, which used the shoes to make players compete in the open sky.

Masaya Hinata, who was once considered a prodigy, turned his back on Flying Circus after suffering a crushing defeat, although there was also another reason...
However, his former passion is reignited while teaching the new transfer student, Asuka Kurashina, how to fly.

This time, Masaya chooses to enter the world of Flying Circus not as a player, but a coach. Sometimes fighting, and at other times encouraging each other, he and his team decide to challenge the top student athletes in Japan.

Now, with Asuka by his side, how high will he be able to fly?

This is a love story about those who met through the sky, as well as the friends who surround them.

Just like we did it with the Hello Lady announcement, here are some important keynotes:

If you want to find out more about Aokana, check out the official English website. We're also going to update the website with additional information, such as all the details regarding how Flying Circus, the sport Aokana is revolving around, works, and more.

Also, since we know that many of you were looking forward to some of the games of studios we had already been working with and we don't want you to feel disappointed, we'll let you know that there are going to be more announcements later this year after Sabbat of the Witch has been released. I mean, with our two super secret projects revealed now, we obviously need two new super secret projects to take their place to keep all of you excited!