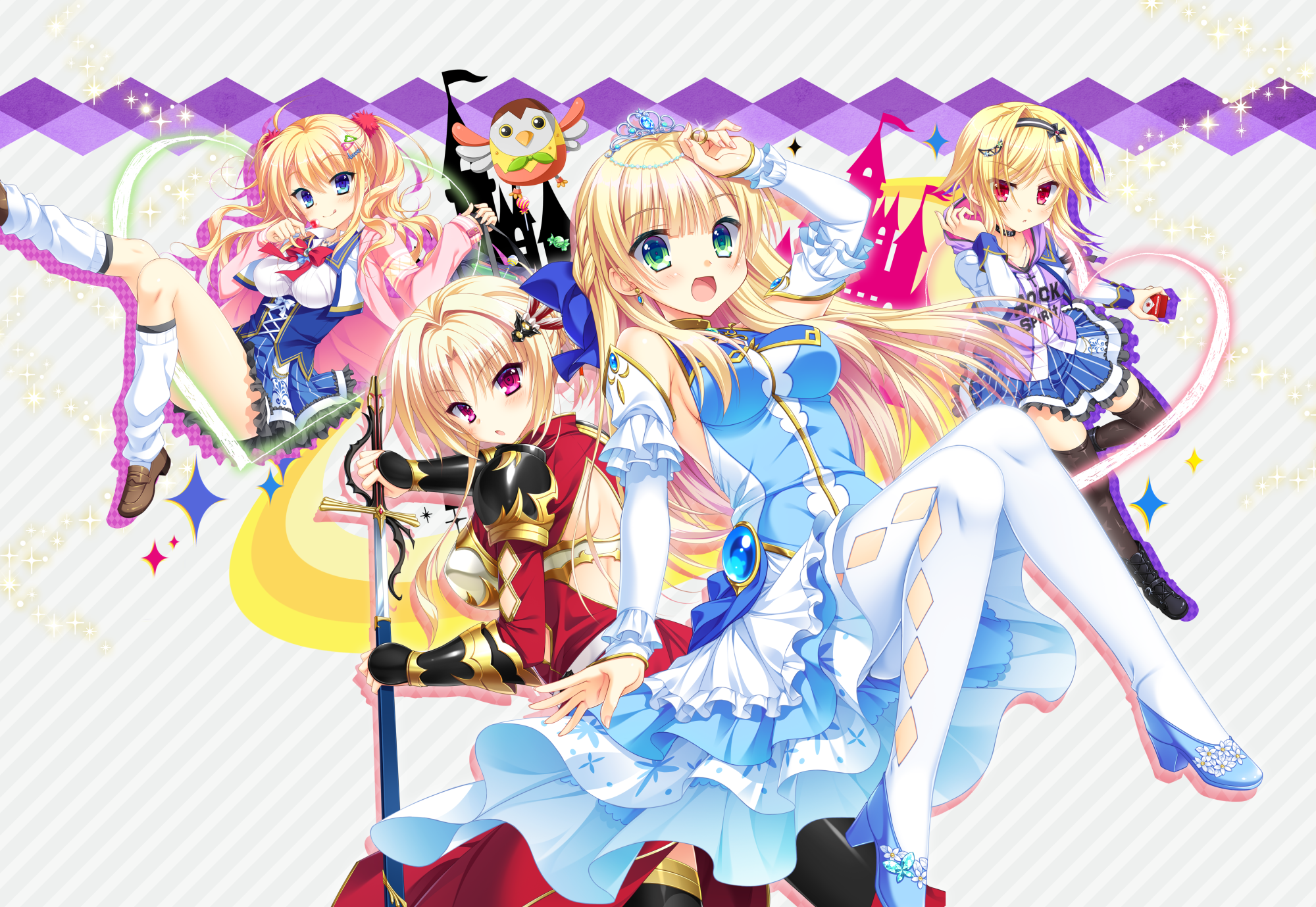 It’s been a while since our last blog post, hasn’t it? We have some important stuff to cover today, but most of you probably saw our tweet the other week (and some eagle-eyed fans might have seen SAGAPLANET’s tweets earlier today as well).

We have a lot of fantastic new merch available, and we’re very excited to tell you that we have some brand new, never-seen-before exclusive tapestries that were created for us by SAGA and the Kinkoi artists! These are Kickstarter exclusive and will not be sold anywhere else, so make sure you don’t miss out on grabbing these wonderful new tapestries!

Now, it’s finally time for us to address feedback from the Aokana Kickstarter, and what we’re gonna be doing this time to address that feedback for this campaign... Obviously, there was a long delay, which was due to the global pandemic and its effects on production and shipping, which should hopefully not be an issue this time (fingers crossed)

Besides that, there were some issues on the shipping side mostly regarding customs, VAT, communication between the carrier, the customs broker, and the backers for EU residents. This time, we are avoiding that entirely by fulfilling from within the EU rather than China.
This has several impacts, first of which is EU residents won’t have to pay customs duties or VAT.
After being produced, the goods will be shipped to Germany via container, and then fulfilled from within Germany either in-house or by contracting a professional logistics service to handle it. Shipping from the EU also means we’ll be able to utilize reputable shipping couriers such as DHL and FedEx.
We expect these two process changes to address the vast majority of issues on the fulfillment side we saw during the Aokana campaign.

Next up, one of the most common pieces of feedback on the survey from the Aokana campaign was that there was no opportunity to get to know the girls before deciding what merch to get. In hindsight, this is pretty important, since we know most people have a favorite heroine and would want to get merch for her. To rectify this, we plan to release a full demo of Kinkoi: Golden Loveriche within the first couple weeks of the campaign, which will allow everyone to get a feel for the heroines to help choose merch.
Keep an eye out for updates on this on Kickstarter and Twitter so you don’t miss it!

The release of Kinkoi: Golden Loveriche is currently scheduled for May 2021, and as we get closer we’ll announce the final release date and put out a Kickstarter update so you don’t miss it.
As before, we will be allowing backers to choose between a Steam Key (separate, free R18 patch) or a JAST key (full R18 version without a patch) during the post-campaign Backerkit.
In another change, we’ll also be charging all shipping separately this time through Backerkit, as the increased shipping costs due to the pandemic (and other factors) mean charging a flat-rate through the KS itself doesn’t currently make sense for us.

The Aokana campaign was our first crowdfunding campaign and was a massive learning experience for us, and we plan to put those lessons into action with our second campaign for SAGAPLANETS’ amazing Kinkoi: Golden Loveriche.

Finally, we know a lot of you are chomping at the bit to hear about project updates and our upcoming announcements. Those are coming soon, within the next couple of weeks as we finalize everything and get the sites and promotional materials put together.
Stay tuned for that as well, make sure to follow us on Twitter or join our discord server so you don’t miss out on future updates!

See you all tomorrow!
-NekoNyan Team